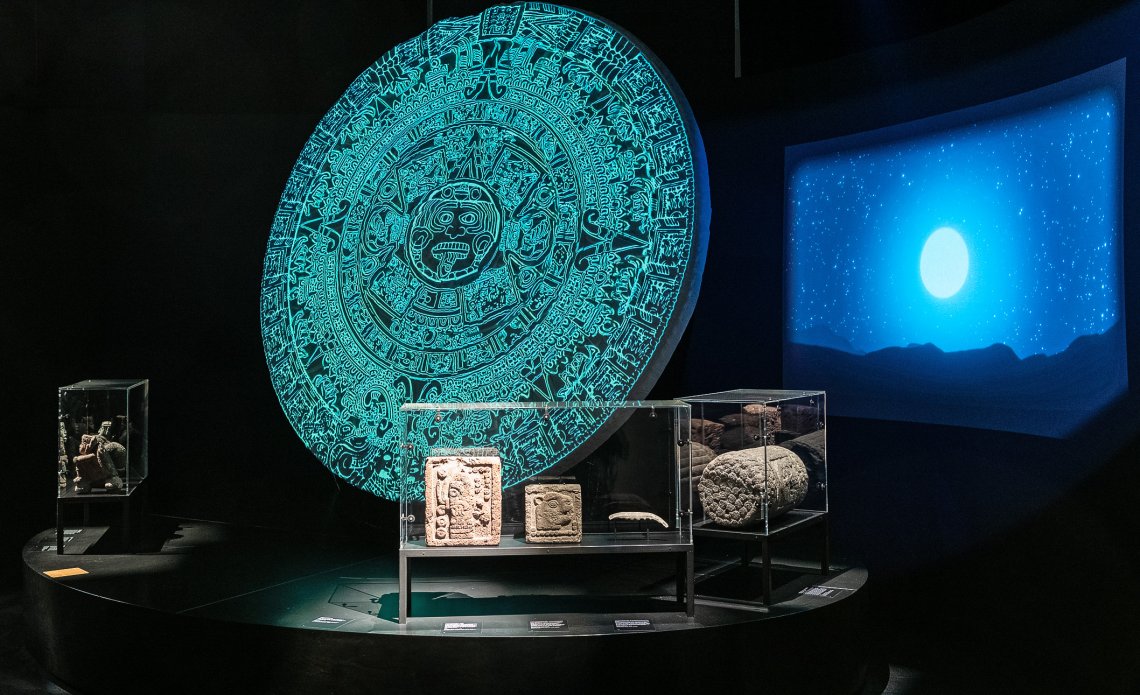 In the early sixteenth century, at the time of the Spanish conquest, the Aztecs who called themselves Mexica ruled large parts of Mesoamerica. A nomadic people now named after Aztlán, their mythical place of origin, they eventually settled on a number of small islands in Lake Texcoco, where around 1325 they founded the city of Tenochtilan, today’s Mexico City. In the fifteenth century the Aztecs ruled over a large and powerful empire, and in the sixteenth century they are among the best-documented Mesoamerican civilizations.

The exhibition begins with the periphery of the Aztec Empire (c.1430–1521) and Mexico’s natural and cultural riches, from where it moves to the heart of the Aztec Empire and its capital Tenochtitlan, which functioned as both its economic hub and its religious and cultural centre. After walking through the imperial palace of Emperor Moctezuma, visitors enter the empire’s centrepiece: the sacred precinct, home to the most important temple, the Templo Mayor.

On show are over 200 artefacts and loans from Mexican and European museums, among them the Museo del Templo Mayor, the Museo Nacional de Antropología in Mexico-City, the Musées Royaux d’Art et de Histoire (Brussels), the National Museum of Denmark (Copenhagen), the Tropenmuseum (Amsterdam), the Museum Volkenkunde (Leiden), the Museum der Kulturen Basel, and the Museum am Rothenbaum (Hamburg), as well as artefacts from the collections of the Weltmuseum Wien and the Imperial Armoury of the Kunsthistorisches Museum Vienna.

The special exhibition The Aztecs was conceived and curated by the Linden-Museum Stuttgart in collaboration with the Nationaal Museum van Wereldculturen in the Netherlands and the Instituto Nacional de Antropología e Historia (INAH) in Mexiko. Its first stop was Stuttgart (2019/20), and in June 2021 it will move from Vienna to the Museum Volkenkunde in Leiden.